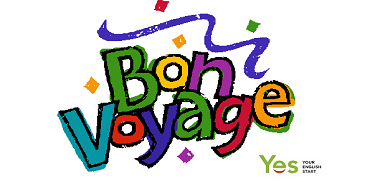 April…The good news — summer is coming. And it won’t be a mistake to say that almost all of us are waiting for the summer time due to the possibility to travel. Of course, it doesn’t mean that we can travel only in summer, but mostly we do travel in summer. Travelling allows us to see unique and unusual sights, meet new people and e[pose yourself to cultures that differ from your own.

However, with this comes the responsibility to respect the cultures you enter in as a quest. Each country has its own specific customs and politeness rules, and some of them may well surprise you. I tried to collect some of the unspoken rules of politeness you will find in countries around the world, so that you can avoid being frowned upon.

For example, don’t try to eat tacos in Mexico using knife and fork, they normally eat them with their hands. But at the same time if you are given a knife and fork in Chili, be sure to use them. Finger food is seen as unsophisticated. And in France don’t cut your salad with a knife – it’s seen as a bad etiquette. When in Portugal never ask for salt and pepper if they are not already on the table. Asking for any kind of seasoning is prohibited, cause the Portuguese are very proud of their cooking. Chopsticks are an essential part of daily life in Japan. However, there are strict rules regarding their use. Sticking them upright in a bowl of rice is a funeral rite – don’t do this at the dinner table. In South Korea starting your meal first is considered impolite. Wait for elders to start eating before you do. The next tradition is not accustomed in many countries, but in Taiwan it’s a rule – don’t stay silent after finishing the meal – belching is a big compliment to the chef!

Another important category is gifts and gift- giving.

For example, in Vietnam you should accept a gift with both hands to show your gratitude. In China don’t give clock or umbrella as a gift. They are seen as unlucky – the Chinese words for “clock” and “umbrella” sound like the words for death and separation. When buying gifts steer away from knives and scissors – giving a sharp object as a present is a bud luck in the Netherlands. A floral gift could backfire in Cyprus. Never give white lilies as a gift since they are strongly associated with funeral rites.

Then comes etiquette and body language. If you want to use the most famous OK gesture in Brazil, be ready to be in hot water. This international symbol of goodwill is actually highly offensive to Brazilians. The Emirate of Dubai strongly Islamic, and the law holds modesty in high regard. Kissing and holding hands in publics is illegal — do this at your peril. Ladies – don’t touch a Buddhist monk in Thailand or even directly pass him something. Monks are forbidden from touching women. The “stop gesture” — holding your palm out – is seen as abrupt in most countries. However, in Greece, it’s referred as highly insulting. Don’t clink glasses when toasting in Hungary. It’s associated with the execution of the 13 Martyrs in 1849. In France don’t break eye contact when proposing a toast. If you look away before you’ve clinked glasses with everyone, you’ll have bad luck.

What concerns body. As in many other Asian countries your shouldn’t eat with your left hand in Indonesia. It’s traditionally used to perform bodily ablutions and therefore seen as unclean. Always remove your shoes when entering a Turkish person’s – refusing to do so is extremely rude.

And the last – how to behave in public. Don’t leave tips at Japanese restaurants. It’s not widely understood concept and the recipient could even find it insulting. Chewing gum is illegal in Singapore – the government is dedicated to keeping the streets clean and litter-free. Londoners are not known for their patience. Don’t stand on the left on a London escalator, unless you’re prepared to be stressed out by commuters. Canadians for being easy-going. However, their alcohol laws are quite strict – it’s illegal to drink outdoors in most of the country. When in public in China, don’t put your fingers in your mouth. Habits such as nail-biting and thumb-sucking are seen as crude and unhygienic.

Of course, this is not the full list of rules, traditions, prohibitions cause our world in huge, but hope that it’ll help you not to make a show or yourself. Bon voyage!