The Thief of Time | Yes

The Thief of Time 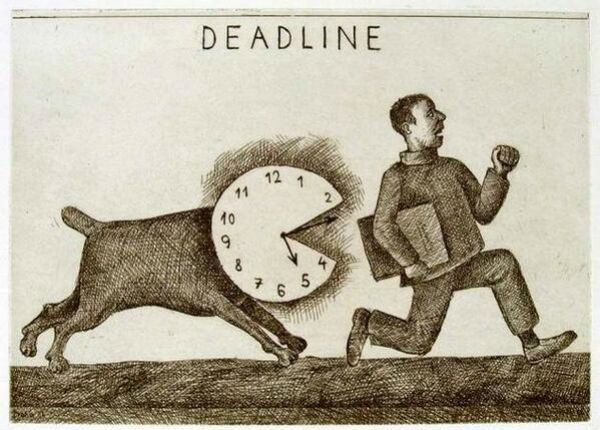 To be quite  honest I’ve never considered myself to be a big fan of writing blogs. Actually, it is not exactly my cup of tea, but you see, I’m really determined to do that  just to make myself sure that at least I gave it a try.

I’ve got to say it was weeks from now when I began brainstorming ideas for my post, inventing excuses for abandoning and putting it off. As it doesn’t  seem  to be my option just sit and write posts right away having only 24 hours in a day, when you feel sort of a busy bee running out of time, being overworked, and having a  good deal of other stuff to do. Even now while I’m just warming up I slightly doubt I will handle it today 😉

But still as I was doing some thinking, fishing for ideas, to put down on paper  it occurred to me I was simply procrastinating, and after that the thought crossed my mind: “Why not write about that? It’s the perfect thing that can really hit the tone of my point!” Let’s face it guys, we all have that sin in common! The truth is that nearly every day we come across that awful habit which deprives us of many things!  Obviously  we can call it the problem of today –PROCRASTINATION !

First, let’s make clear of its definition given by Wikipedia ;
Procrastination is the practice of carrying out less urgent tasks in preference to more urgent ones, or doing more pleasurable things in place of less pleasurable ones, and thus putting off impending tasks to a later time, sometimes to the «last minute» before a deadline.
The habit of delaying and putting off the essentials when  a person doesn’t work or rest, but just burns his/her  stamina ineffectively at the same time. And we should admit there are always some contagious models around to set the tone. There are, of course, such people for whom it is not a big deal to study an entire textbook in a night, or that can perfectly handle the six-month project within three days. We all have that kind of person somewhere in the depths of our subconscious, and he knows for certain these rapid methods of solving piled up problems are quite possible, nor do they contradict the physical law. The sky doesn’t fall…so why not then?

When it comes to procrastination, in some way we resemble penguins hiding ourselves in cliffs .  But naturally you must get your food, you’ll need to plunge into the sea or wait until hunger overcomes you, hoping by that time the storm is already over. With such a similar way of thinking, people just put off fulfilling their essentials in order to stay within their comfort zone.

Very often instead of doing something important, where immediate attention is required, the procrastinator appears to spend their time on completely unnecessary things; constantly checking email, sorting documents on a table, making some reports, and even whittling their pencil. They seem to be quite busy, but in reality just treads water.

Some people just can’t finish anything without an adrenaline rush, until the deadline pressure hits them, avoiding responsibility in many different ways. Others’ heads are just filled with all sorts of rubbish. TV, social networks and other internet resources are designed for procrastinators, surfing the net instead of doing something that is really worth paying attention to.