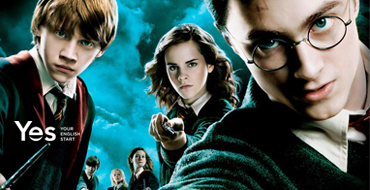 The story of the boy who survived is loved by children and adults around the world. For the years of the franchise’s existence, the pictures completely changed style and direction. From children’s fairy tales «Harry Potter» was transformed into a serious film about good and evil, where there is a place for both love and cruelty.

Perhaps one of the reasons for the popularity of the saga is the scenery that amazes the imagination. They create the very feeling of magic that leaves no one indifferent. However, not all fans of the franchise know about the Harry Potter film locations.

Alnwick Castle is the location used for Hogwarts Castle in ‘Harry Potter and the Philosopher’s Stone’ and ‘Harry Potter and the Chamber of Secrets.’ It has been featured in other famous films as well, like ‘Elizabeth’ and ‘Robin Hood: Prince of Thieves.’ The castle is a lovely place for an afternoon stroll and offers wizardry and broomstick «flight» training, if you’re so inclined. Now the castle is inhabited by its owners, so travellers can visit only some of its sections. The ticket costs 12,5 euros.

Numerous scenes were taken in the dining hall of the University, as well as solemn receptions from the «Harry Potter films». There were also shooting scenes on the stairs. Corridors of the oldest university in the UK were also used repeatedly to create key film scenes.

The scenes with the participation of the main book lover of the saga — Hermione and her friends were shot in the library. The library is also located on the territory of Oxford University. It stores more than 11 million books.

It is located not so far from London. Covered galleries of this Cathedral were often used to recreate the Hogwarts corridors. The boys’ bedroom from Gryffindor House, scenes with talking portraits — these moments were also taken here.

Hogsmeade and the railway leading to Hogwarts

Hogsmeade is a small village, located near Hogwarts, where students usually travel by train from a platform 9 ¾.

The prototype of this place was the village of Gotland and the local railway station, which was significantly transformed due to special effects.

The village is situated in North Yorkshire, and its population is only 500 people.

A special mention deserves the same railway. It was filmed in the UK, and the West Highland Line itself is officially considered to be the most beautiful in the country.

Wizards from all over the country bought the magical artifacts they needed in this mysterious and noisy place. Here was Olivander’s shop, as well as shops with pets, sweets and potions.

The Diagon alley was filmed on the site of the famous London market — Lindenholl. A bar called «Leaky Cauldron», through which you could get to the Diagon Alley, was filmed in an optics store also located in this market.

The house where Harry Potter spent his childhood is actually located on the Picket Post Close Street in Little Winging. The action of all those scenes that unfolded during the summer vacation of the famous wizard took place here.

Another important attraction for the fans of the saga is the railway station «Kings Cross». The magical adventures of the heroes began there. The station is located in the building of the London station. Inside, there is even a recreated platform  9 ¾, where you can take pictures with the Harry Potter cart. On the territory of the station next to the routes 9 and 10 there is a souvenir shop where you can buy numerous artifacts from the films.

Of course, it is impossible to tell about all the filming places in details because there are a lot of them. It is well-known that excursions to the shooting locations of the saga are so popular in the UK. The main advantage of such a journey is not just beautiful views, but the opportunity to plunge into a fairy tale for at least a few hours.